Business units represent logical 'departments' within the company to which users can be attached and act as containers for users.
M
Written by Michaela Gormanova
Updated over a week ago

There are three primary entities below "Company" level in The Layer. These are users, business units and teams.

Users are members of staff who use The Layer.

Business units represent logical 'departments' within the company to which users can be attached and act as containers for users. They're useful to ensure the users are included in relevant notification schemes, are included in lists for particular tasks and feature in departmental widgets. Business units are very different to roles and role groups in the sense that they are designed to 1) give an organisation a high level structure and 2) provide translation between a company's departments and Layer modules. For granular control over user accounts, see role groups and roles.

From an individual user profile, a Layer user can be attached to a primary business unit, as well as having the ability to add additional memberships for users who work across multiple departments.

Teams allows adding users to multiple different teams and based on that users are able to create workstacks and group data by teams. 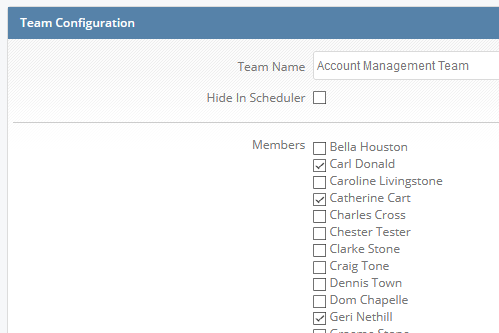 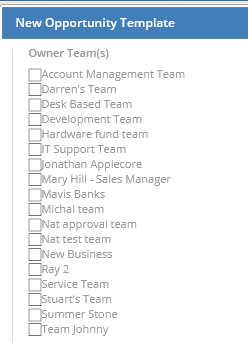 It's important to map business units to Layer modules in order to ensure your users are attached to the correct groups. This is important to ensure the users receive the relevant notifications and are included in lists for particular functionality. This is as standard completed during configuration stage of your onboarding project.

Below are examples of business units configured for a single user organisation, followed by a diagram showing best practice for a business with 3 departments, telesales, field sales and service, with the directors performing the marketing, finance and ordering roles. 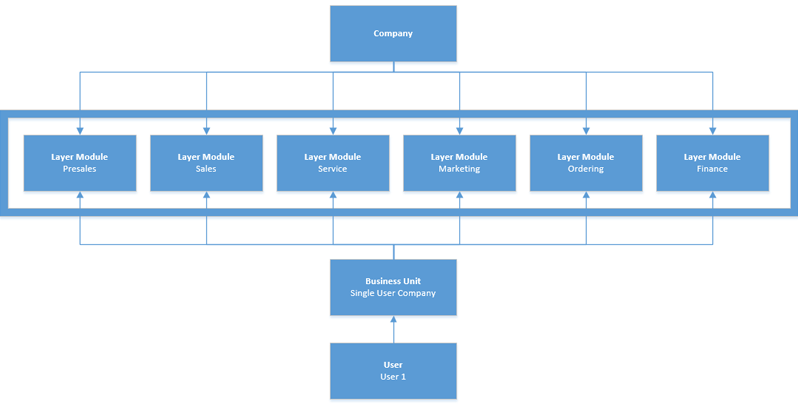 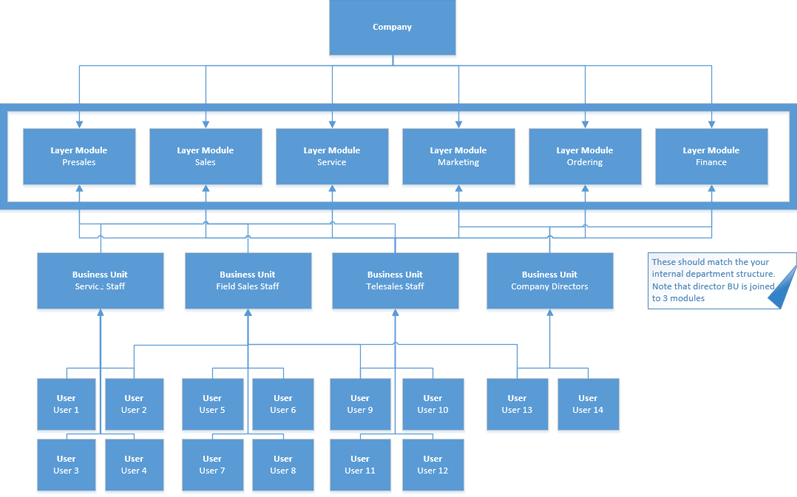 Below is a list of the functions enabled for each business unit.

In conclusion by mapping users to business units this is also useful for sending emails via workflow for groups.